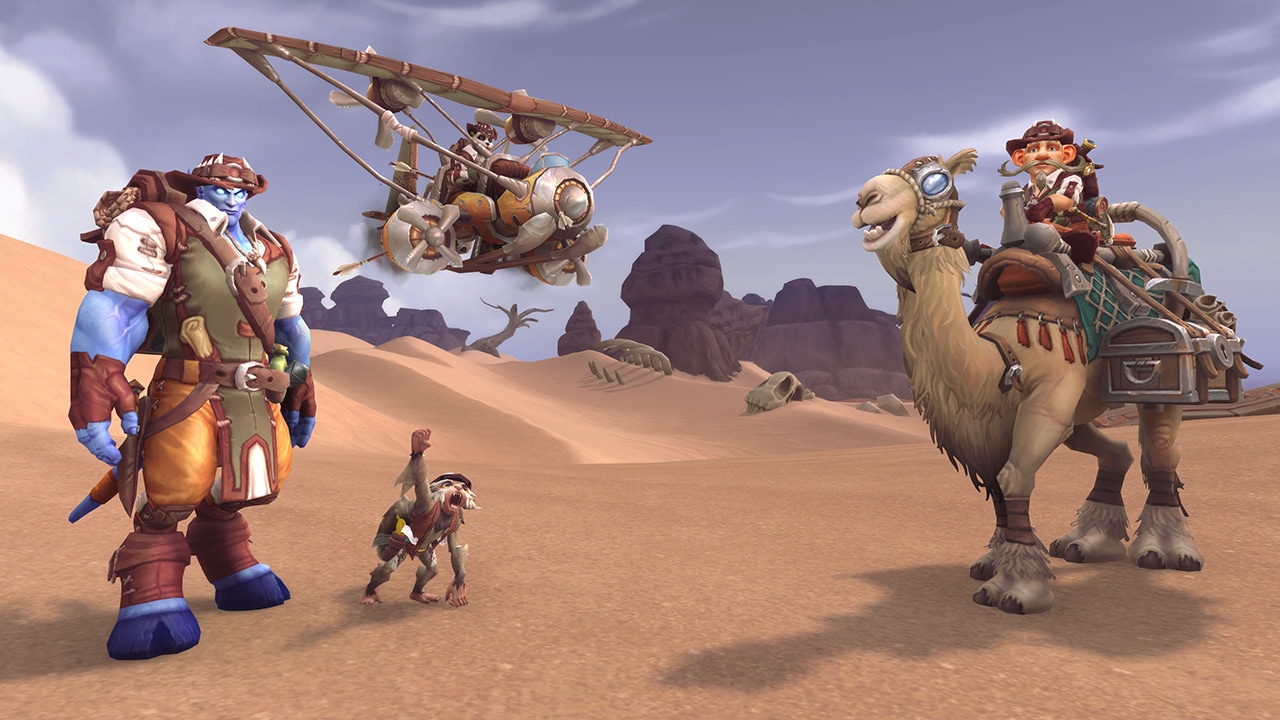 Blizzard have announced that they have revamped the "Refer a Friend" reward scheme, and plan to re-launch it soon:

The new-and-improved Recruit A Friend (RAF) program retains fan-favorite features, and it introduces a bounty of new rewards—because Azeroth is best experienced with friends at your side. Just like the previous program, you can teleport to each other with Friend-to-Friend Summoning (which works on a 30 minute cooldown) and receive 50% bonus experience when partied together.

The new Recruit A Friend program allows you to be linked with up to 10 friends, and earns game time and other unique rewards—like mounts, pets, and more—the longer they play. Players new to WoW and veteran players who have not purchased game time on their account in the past two years can be enlisted in this program. Each time one of your recruits adds game time to their account, you’ll earn progress toward a new reward. The more friends you invite, the faster you’ll earn the rewards, as one friend adding multiple months of game time earns the same rewards as multiple friends adding one month of game time each. See all the rewards you can get below!*

Every 3 months after your 12-month reward, you’ll get a game time reward.

Time flies when you’re having fun, and it goes even faster when you and your recruits play together. Conquer Azeroth alongside your friends and you’ll both receive a 50% bonus to experience for faster leveling when partied together. You can also summon each other once every 30 minutes. Furthermore, our new Party Sync feature makes it easier than ever to level with friends. When activated, everyone in the party becomes aligned to the same quest state and phase. You’ll also have access to a “replay quest” feature that allows players who’ve already completed certain quests to replay them with their friends for rewards that are appropriate to their current level, regardless of the quest’s original level. Quests can be replayed for rewards once per day.

If you’d prefer to play with your friend using a current character rather than starting a new one, you now can. By using Party Sync, you can choose to have your level adjusted so you can quest and experience outdoor content with your friends as they level up. And, If you want to queue for instanced content (such as Battlegrounds and dungeons) in their level range, you can choose to join them by having your level scaled down.

Please note that unlike Timewalking, when your level is scaled, you will temporarily lose access to abilities and powers (such as Azerite Traits and over-level spells, abilities, talents, and trinket effects) with requirements that exceed your reduced level.

To help you help your friends, we’ve created a brand-new RAF panel in-game to help you know when to expect your next reward and given your access to Party Sync. The RAF panel also lists special activities available to players who participate in the program. Complete these in-game challenges with your recruits to earn even more rewards.

The new Recruit A Friend lets you generate a custom link in-game that you can send to your friends. This link will help you and your recruit connect in-game, and you’ll be able to see if they’ve purchased game time, which will lead to rewards for you! For each month your recruits have active game time, you’ll earn a new reward, such as unique pets, mounts, game time, and more. These rewards unlock each month and scale with the amount of time your recruits have subscribed for. And, of course, with Party Sync, you’ll be able to journey with your friends on any of your characters. 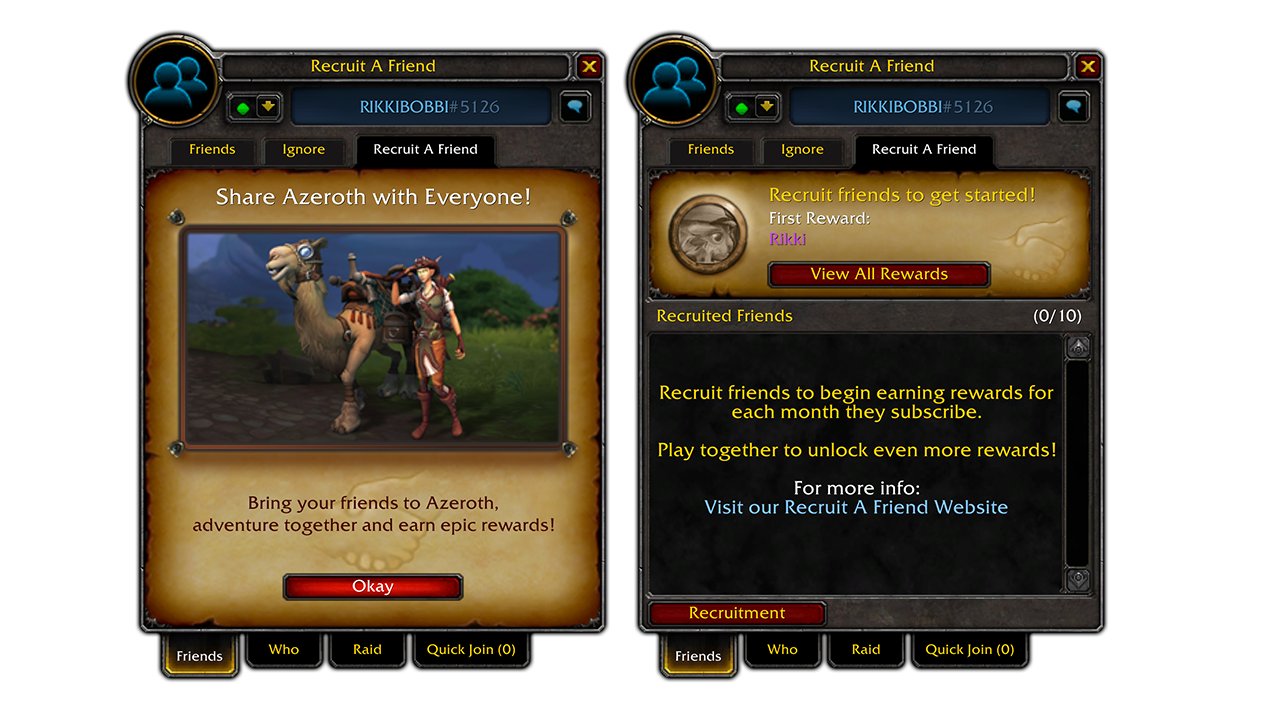 Recruit A Friend returns to World of Warcraft in the next few months. When you’re ready to bring your friends to Azeroth, simply log in to WoW and generate an invite link through the Recruit A Friend interface, then send that link to your friends. Up to four friends can use it to link their accounts to yours. To recruit more friends, you’ll need to generate a new link, which you can do once every 30 days.