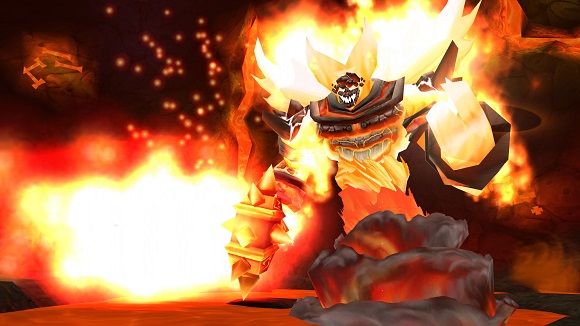 As Wowinsider reminds us, the 10th anniversary celebration for World of Warcraft officially ends on January 5, 2015 -- and both Molten Core's 40-man LFR experience, as well as the Southshore vs. Tarren Mill PvP battleground will be taking their leave. Completing Molten Core will earn you an ilvl 640 epic helm as well as the Core Hound Chain that will give you a Corehound of your very own to ride -- but there's also a chance to pick up Hatespark the Tiny, a new Battle Pet, and the Flames of Ragnaros, a special cosmetic item that will give your weapon a fiery glow.

As for the battleground, winning a battle on either Alliance or Horde side will net you an achievement as well as a special account-wide title, Southshore Slayer, or Tarren Mill Terror. To queue for Molten Core, you'll need an ilvl of 615, but that's relatively easy to get at level 100. Once the anniversary event is over, these items and achievements will no longer be available -- so you'll want to get a move on if you want to collect and complete them all before they're gone for good.