The patch is coming this week, along with a host of changes:

Take the final steps to bring new comrades into your faction. Level 120 players who wish to create a Kul Tiran will need to reach Exalted with Proudmoore Admiralty and earn the achievements A Nation United and Tides of Vengeance. Those wanting to create a Zandalari character must be level 120, reach Exalted with Zandalari Empire and earn the Zandalar Forever! and Tides of Vengeance achievements. Once you complete the requirements, visit the Alliance embassy in Stormwind or Horde embassy in Orgrimmar to begin a quest chain to recruit these new Allied races.

Kul Tiras was founded by fearless explorers who sailed uncharted waters in search of adventure. As a key member of the Alliance of Lordaeron, the Kul Tiran navy dominated the seas of Azeroth with its legendary fleet.

The Zandalari are a proud people whose origins date back to the early days of Azeroth's history. Their fierce warriors ride dinosaurs into battle, and they possess one of the most formidable naval fleets in the known world.

Leveling your new Kul Tiran or Zandalari from 20 to 110 will earn you a unique cosmetic Heritage Armor set. You’ll also unlock a new mount—the Kul Tiran Charger or Zandalari Direhorn—for your collection at character creation.

Many new stories and adventures are now available across Azeroth.

Sylvanas’s latest scheme causes Baine Bloodhoof to seek out Jaina Proudmoore, far from prying eyes. Speak to Bluffwatcher Proudscar in Zuldazar or Halford Wyrmbane in Boralus to further your faction’s agenda in this time of strife.

Tools of the Trade

Embark on all new profession questlines for Alchemy, Blacksmithing, Enchanting, Engineering, Inscription, Jewelcrafting, Leatherworking, and Tailoring, each culminating in an epic reward. If you've reached level 150 in Kul Tiran or Zandalari professions, return to your main profession trainer(s) in Boralus and Zuldazar to get started.

Seek out the Speaker and speak with him to seek the understanding you’ll need to address the fate of Azeroth. Level 120 players should heed Magni’s call to continue the story and earn an item-level increase to your Heart of Azeroth.

All level 120 Hunters of Azeroth should speak to the Image of Mimiron located in Tradewinds Market in Boralus or the Great Bazaar in Zuldazar.  You’ll discover more about Hati’s whereabouts and make a future with your spirited companion by your side once again.

Beneath the depths something sinister stirs…

The serpentine forces of Queen Azshara are boldly venturing onto the beaches of Kul Tiras and Zandalar—strike them down!

A turtle made it to the water? Not on your watch.

Brawler's Guild is Back

There’s a murder mystery afoot, and you’re going to have to fight to find the answers. Available at level 120, this series of rowdy boss fights is open once again in Bizmo’s Brawlpub near the Deeprun Tram in Stormwind and Brawl’gar Arena in the Ring of Valor in Orgrimmar. Of course, Brawler’s Guild is accessible by invitation only, so if you’ve never been inside, you’ll need to acquire an invitation. Enemies of the opposite faction in Zandalar and Kul Tiras now drop invitations, and a new vendor named A. Shady occasionally has them for sale in Orgrimmar and Stormwind. Brawler’s Guild has new bosses, a new questline, new transmog gear to be won, and a new mount: Bruce! He’s a good boy.

Wintergrasp is now an Epic Battleground

War is rekindled in the frozen north! For the first week of this content update, Wintergrasp is featured as a Brawl. Thereafter, you’ll find Wintergrasp in the Epic Battleground selection in Group Finder (default hotkey: i).

Beneath Stormsong, dark secrets of the Old Gods have been kept for ages. Beginning the week of April 16, 2019, assemble your raid and face the fearsome servants of N’Zoth in two boss encounters: Restless Cabal and Uu’nat.

Mark your in-game calendar for the first ever Warlords of Draenor Timewalking bonus event, coming in May 2019. Two new mounts are now available: Beastlord's Irontusk and Beastlord's Warwolf. Take a trip back in time to challenge:

The timeless World of Warcraft battlegrounds—Arathi Basin and Warsong Gulch—have been given a full makeover.

Check out how Arathi Basin now looks with a new Brawl: Arathi Comp Stomp. You and other players will team up to fight against AI enemies, starting the week of March 19 when it becomes available for the first time.

Many new, fierce little counterparts are now here to fight for you.

Wondrous new companions have been discovered in three Mists of Pandaria raids – Mogu’shan Vaults, Terrace of Endless Spring, and Heart of Fear. Collect all eleven mighty, tiny beings to experience happiness and to earn Happiness—a unique new pet that could only come from Pandaria.

Feathers the parrot is now available to add some mechanical squawk to your collection. Speak to Gazlowe in Zandalar Harbor or Kelsey Steelspark in Boralus to get started.

In Stormwind’s Mage Quarter and Orgrimmar’s Valley of Strength, new venues are now open where your faction has consolidated gateways to the other continents of Azeroth, Outland, and Draenor.

For a for a very limited time later this year, enjoy the wonders of: 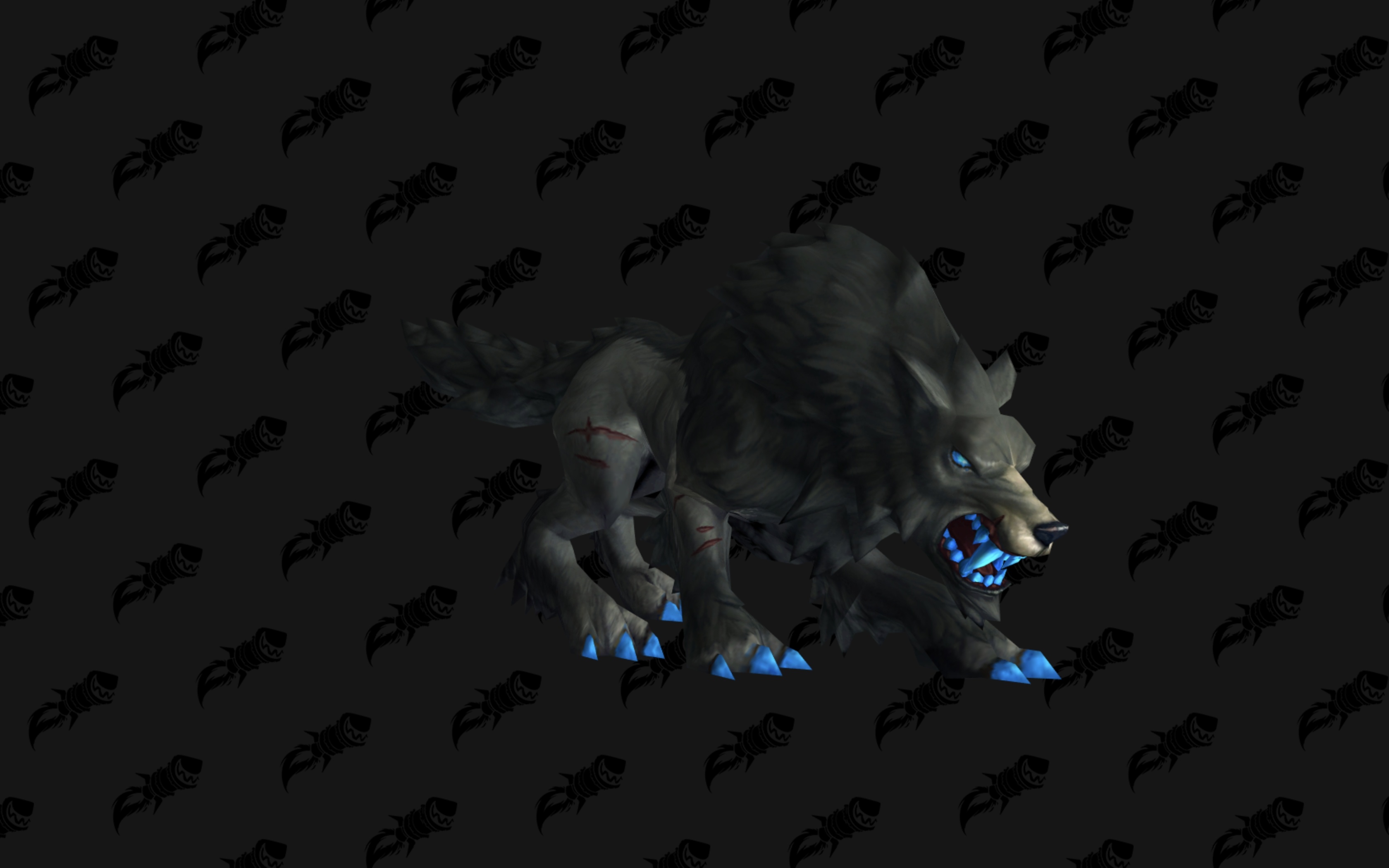 The Darkmoon Faire has several ominous fish head hats which can be fished up in the waters of Darkmoon Island:

Severed Azurefin Head. We wrote about how these fish heads may tie into Old God hints. 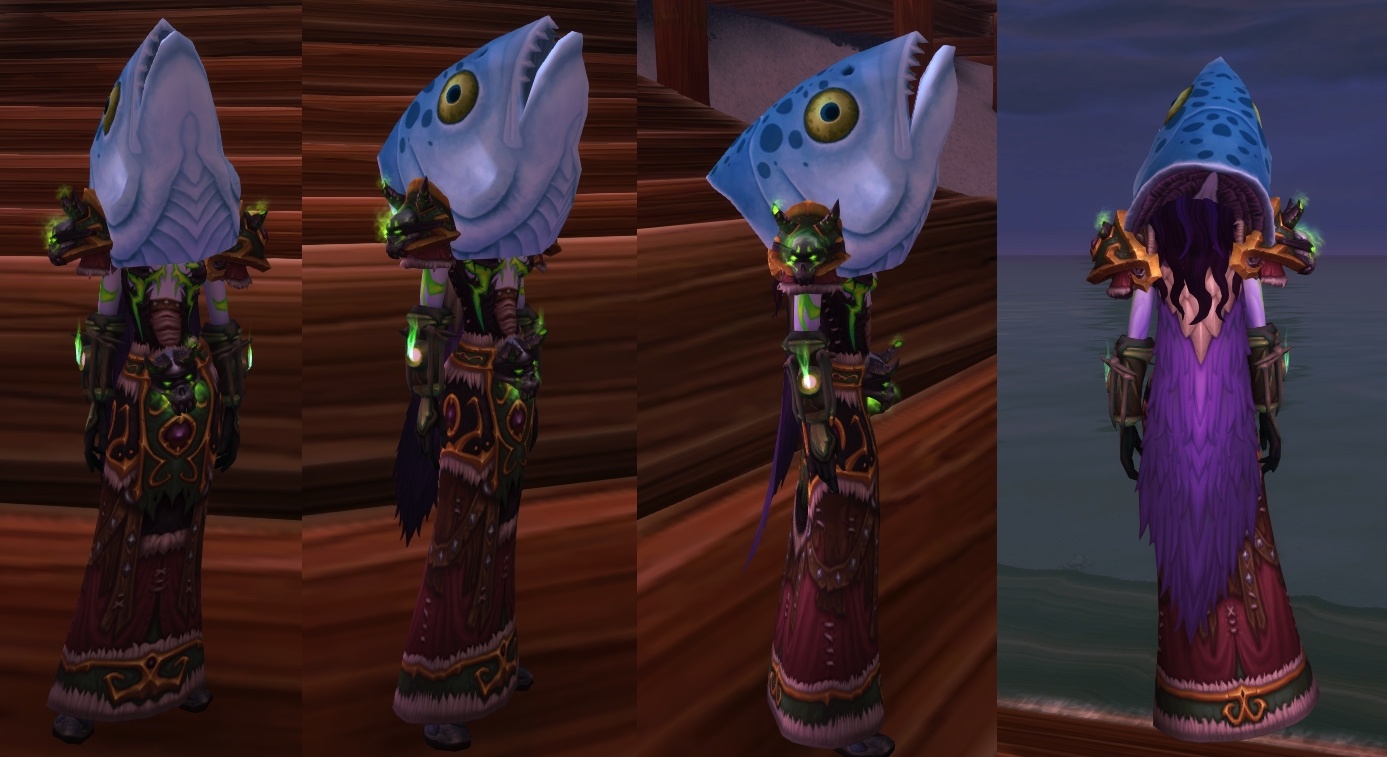 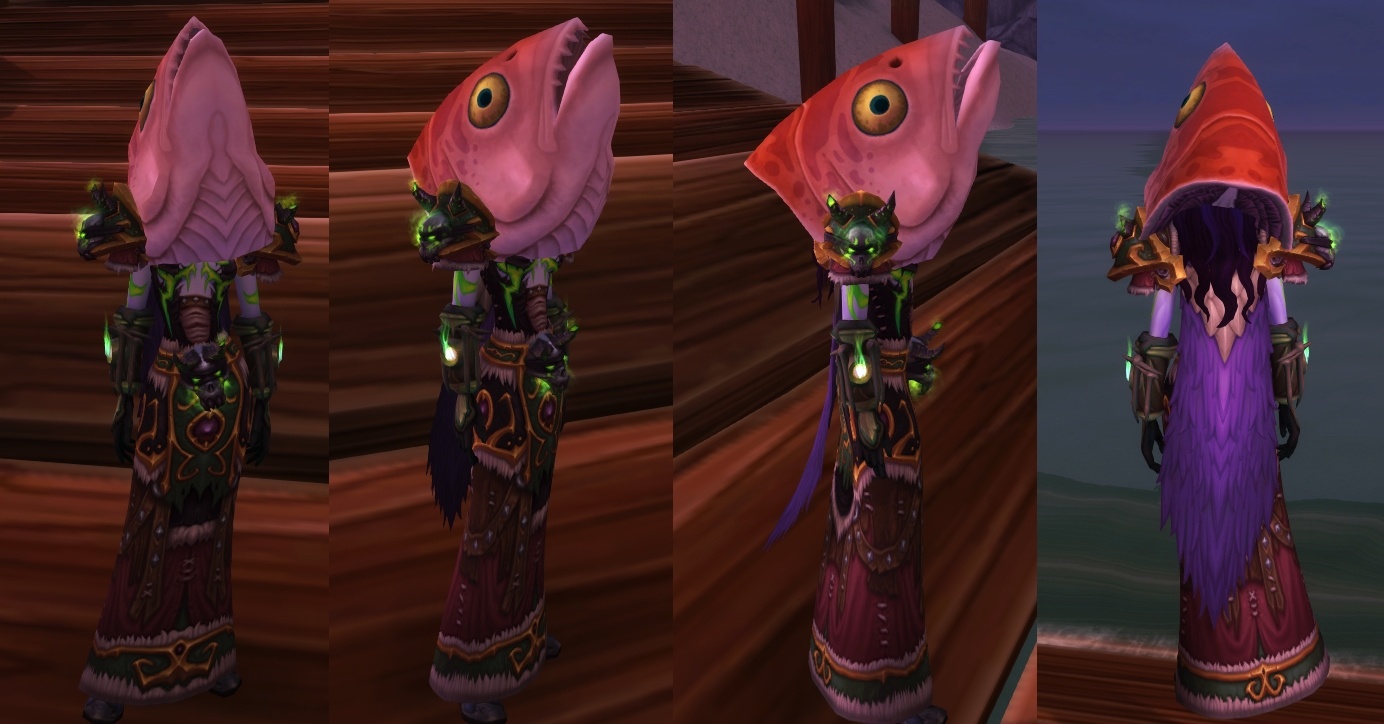 The following holidays are quite far away, so this could explain why they were left out of the patch notes: